Although beautiful, the Japanese maples in the garden temples are not quite at their peak of color yet. So, rather than share photos of colorful maples, I thought I’d share an interesting colorful character I saw in the sales area.

At first I noticed his hat and was wondering where he got those magnificent pins, then I looked closer and he freely posed for me.

Today was the opening day for the 33rd Taikan Bonsai Exhibition and I spent all day studying the bonsai. The exhibition was not quite as crowded as in the past, perhaps because its only Friday so I hope more visitors will come during the remaining weekend. There are quite a number foreigners at the exhibition, many from Europe.

I received a question about the last photo in Part 3 of a rather unusual display so today I got the information. The display is a “Horticultural Renaissance,” which is the collabration of three artists. The bonsai artist designed the complete display, while a potter made the tall and unusual containers. Finally, an artist created three tall stands from iron for holding three cascade style bonsai. It was mentioned that the scale cannot be appreciated from the blog display photo so I stepped to make the bonsai look larger.

The sales area was always busy with many deals taking place often between vendors. 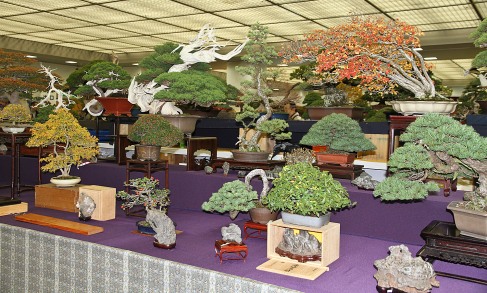 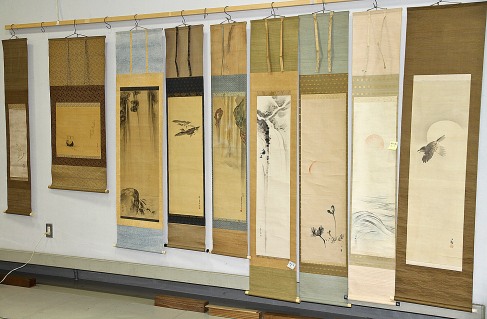 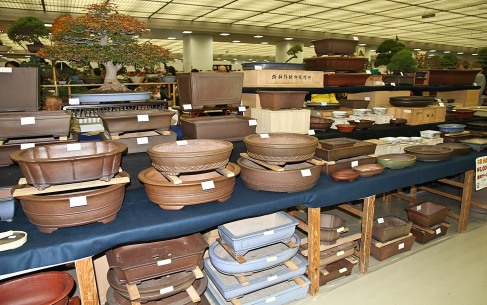 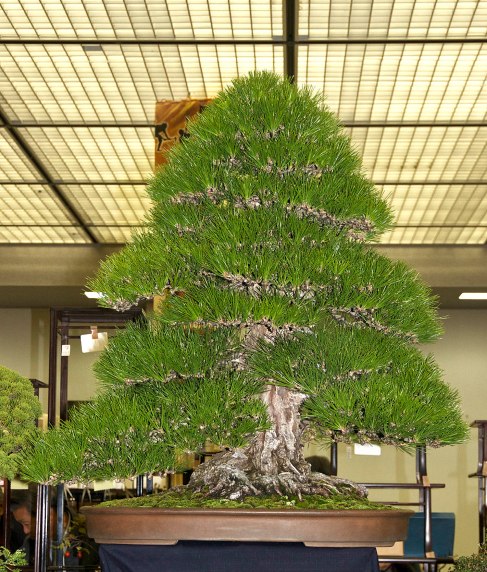 I’ve also received a few comments on the empty sushi plates, in fact, many readers actually counted the 15 plates, which only cost $23. If I had known people were going to count the plates, I would have positioned ALL the empty plates in the photo. 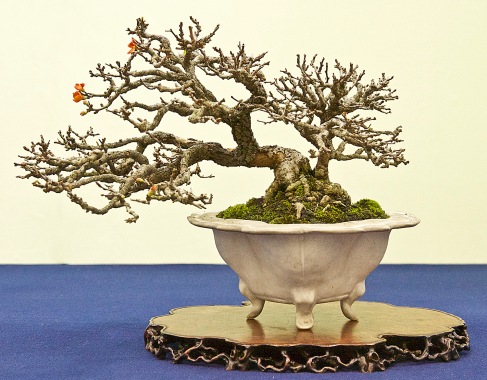 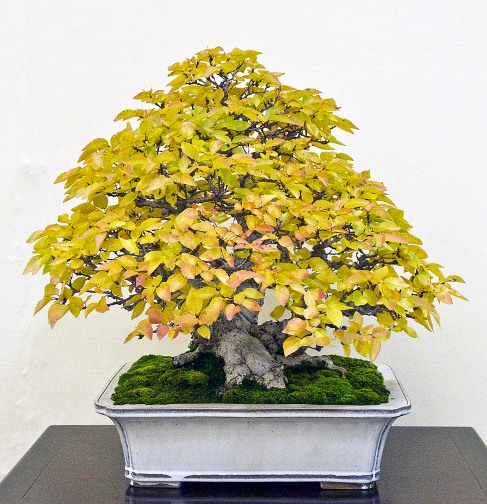 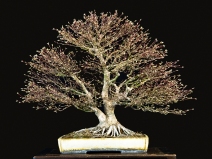 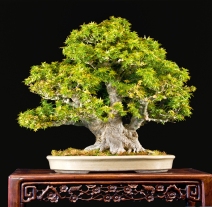 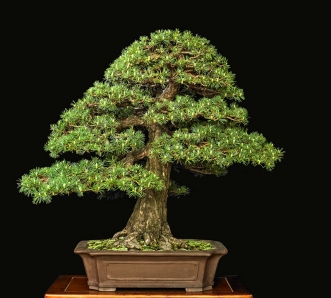